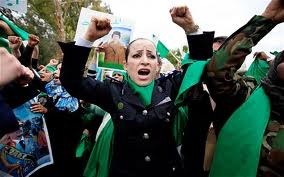 The ambassadors of NATO countries which is fighting the Moamar Gadhafi government is Libya have agreed to extend their operations in Libya for another 90 days. The secretary general of NATO Anders Rough Rasmussen said this on Wednesday. He said that they are sending a clear signal to Gadhafi that NATO will continue to stay in the country to protect the citizens of Libya.

NATO took charge of the battle in March to protect Libyans who were caught up in the battle. The initial duration of the campaign for the 90 days was expected to elapse on June 27th. Rasmussen said that they want to send a message to the Libyan people that the alliance is solidly behind them.

It would be recalled that the Canadian Prime Minister Stephen Harper has said that it would require the approval of the parliament for the extension of their operations in Libya.