A recent Finding on the effects of smoking indicates that smoking tobacco can be harmful to DNA and cause permanent genetic damages in few minutes. 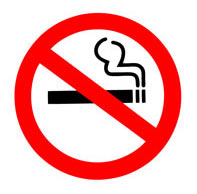 Stephen S. Hecht, the author of the research stated that the findings would serve as an alarm to those who are tempted to smoke cigarettes. Hecht works at the University of Minnesota in Minneapolis in Masonic Cancer Center and department of pharmacology. His statement published in American Chemical Society’s new edition.

During research, cancer-causing factors were found in cigarette smoke that is known as polycyclic aromatic hydrocarbons, or PAHs.

PAHs cause a permanent harm on DNA raising chances of lung cancer. More than 3,000 people die every day all over the world due to lung cancer. It is yet not confirmed in the research how PAH factor damages the DNA molecules.

The researchers based their observations by tracking a PAH in 12 smokers’ bodies. All of them were already habituated of smoking.

The objective behind this research was to see the impact of PAH on human metabolism with an assumption that the PAH have been inhaled only by smoking and not by any other means, air pollution or consumption of any food item. The research showed that the particular PAH under observation—phenanthrene converted into toxin very fast and started affecting DNA within 15 to 30 minutes in an adverse manner.