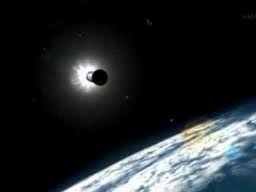 US space agency National Aeronautics and Space Administration (NASA) is launching a new space vehicle to reach Mars. The vehicle, named as “Curiosity” will be launched from Cape Canaveral, Florida.

“Curiosity” weighs a tone and has six wheels, however it’s a dwarf-size vehicle equipped with instruments to find if there is or was any sign of life on Mars or any condition suitable for living organisms exists/ existed on the planet.

This robot is being launched by NASA on Saturday at 15;02 GMT.

The vehicle will be launched by Atlas 5 launch rocket. Technical experts and Space engineers found no fautlts in the vehicle after replacing a battery in Atlas 5 and weather conditions are also good at present.

This would complete, NASA’s long-cherished dream regarding the Red Planet.

There is a plutonium battery used in this instrument to provide ample power to the robot to keep it active for 10 years at least. However, there are chances that the robot might stop functioning before this.

The program called as Mars Science Laboratory (MSL) has cost NASA $2.5 billion and has been subjected to severe criticism for budgetary burdens. However, the American space agency is very optimistic about the time when this vehicle would reach Mars’ surface after 8.5 months.