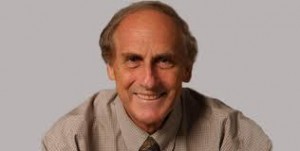 This year 3 scientists were to share the Nobel Prize in medicine. Their contribution in the field of medicine is specifically focussedon discoveries regarding the immune system.  Dr. Bruce A. Beutler, Dr. Jules A. Hoffmann and Dr. Ralph M. Steinman have been awarded on Monday, however,   Dr. Steinman died a day before on Sept. 30.

The three scientist were to achieve this award on Monday for their findings in immunology. The status of the prize was also questioned as one of the recipient died.

Nobel Prizes have never been awarded posthumously so far. This is why the sudden death of Dr. Steinman Rockefeller University in Manhattan left the Nobel jury red faced. Finally for the first time in the history of Nobel Prizes, the awarding committee retained its decision of awarding the deceased scientist as it was not aware of his death at the time of selection.

The Nobel Committee of the Karolinska Institute in Sweden decided to carefully think over the rules of the prizes. The Nobel Prizes were first time awarded in 1900 after the death of Alfred Nobel, to fulfill his wish mentioned in his will regarding his properties and assets.

Dr. Steinman received one-half the prize whereas other half has been shared by Dr. Bruce A. Beutler of the Scripps Research Institute in La Jolla, Calif as well asDr. Jules A. Hoffmann of France.

The three scientists have received this honor for their milestone findings on necessary actions of immune systems in response to any infection. Dr. Hoffmann in 1996 had discovered the cell receptors in laboratory fruit flies which become activated by the infection by pathogenic fungi or bacteria.

In 1973, Dr. Steinman foundanother type of cell which played a great role in the adaptive immune system. These cells are known as dendritic cells.

. Dr. Steinman was a native of Canada, however he spent most of his life working with Rockefeller University.