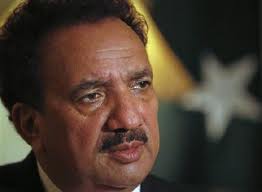 Pakistani military has completely dismissed the report by BBC which accused the country of helping Talibanis in Afghanistan and providing them a safe heaven.

Major General Athar Abbas, spokesperson of Pakistan military called the report as biased. He said the report is one-sided and does not take into account the people who were “badly hit or affected” by it.

In the report, a Taliban commander has also been mentioned saying that Pakistan played important role in providing support, sheleter, and supplies to the Taliban fighters in Afghanistan. However, the credibility of BBC report was also questioned by Pakistani military.

The United States has been doubting Pakistan and its intelligence agency ISI of supporting militants with vested interest of gaining influence over Afghanistan. The NATO combat troops are to leave Afghanistan in 2014 and this might be a reason for Pakistan to long for increasing its influence by supporting Taliban fighters in the country.

A top U.S. military officer, Admiral Mike Mullen,  had also accused of the ISI of supporting militants in their attack on US embassy in Afghanistan. Haqqani network, which is believed to have links with Al Queda is considered to have received strong support from the ISI.

Pakistan also denied all allegations made by the United States. Malik stated that it was true that the ISI had recruited intelligence personnel but did not support Taliban fighters in Afghanistan.

Malik made a counterattack by saying that the U.S. Central Intelligence Agency and Britain’s security service also maintained communication with the Haqqani network in order to get information about militants.

This is however, well known to all that Pakistan openly supported Talibanis in Afghanistan before 9/11 attacks on the United States and maintained diplomatic relations with them.