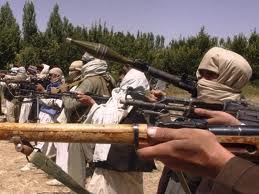 Pakistani diplomats fiercely denied a report by BBC that alleges the country’s military has connections with Afghan Taliban and Al Queda and supplied weapons as well as protected them.

The report mentions in detail about statements of many Talibani commanders that clearly shows they enjoyed good support from Pakistan.

Rehman Malik, Interior Minister of Pakistan severely criticized the broadcast by BBC while on a visit to the United Kingdom. He stated that the Talibani leaders were trying to take advantage of Pakistan’s political crisis and strained relations with other nations.

He further added that Pakistan is a victim of war. The nation has lost more than 35,000 people including civilians, police and foot soldiers. Pakistan has always fought against militancy, stressed the minister.

Malik also clarified that Pakistani people are facing suicide bombers almost daily. Had they been trained by their countrymen, they would never kill their own countrymen. Meanwhile, an ex-Afghan intelligence chief also told the agency that Afghanistan had informed General Pervez Musharraf, former Pakistani president in 2006 about Osama bin Laden taking shelter in Pakistan, however, Pakistan took no action over this. Al Queda supremo was much later killed by US special forces this year in May in same area reported by Afghanistan.