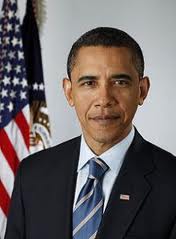 Addressing a meeting with students at Benjamin Banneker Academic High School in Washington, he said getting into college is not enough for a student. They must graduate too.

Obama stated that the United States once upon a time had maximum percentage of people with college degree, however, the declining inclination toward higher education has led the country to 16th position at present. He calls on the students to rebring their nation to rank one.

A few days back President Obama also campaigned for his job bill in Denver in another school. The bill seeks for allocating $25 billion for maintenance and repairing works in 35,000 schools in the United States.

Obama also delivered a back-to-school speech every year since he became president, however this particular address may be seen as an appeal to Colorado voters with regard to the coming presidential campaign in 2012.

Benjamin Banneker High, which was named afteran African-American astronomer, mathematician, and surveyor is today, among elite public schools of Washington.

The President also recalled his own school days and his other interests than studies.

Obama accepted that the current generatn faces more difficulties due to being in the digital age and social networking era where everything otherwise kept in private is now on Facebook and Twitter.

He also added that due to depression, parents had a tremendous pressure of seeking for alternatives for baby-sitting to save money and adolescents are forced to attend their younger siblings when parents are working overtime.