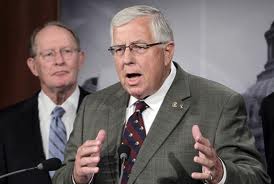 The House moved forward to pass a to stopthe National Labor Relations Board from blocking Boeing in its way to operate a new aircraft assembly line in South Carolina. The new venture is worth $750 million.

The bill has been supported by the Republican diplomats in the House and received a party-line vote of 238 to 186. This bill has been considered as a milestone with regard to reducing unemployment and job cuts in the United States. The country’s economy is already staggering with aftermaths of recession and severe job cuts.

The Republicans opposed labor board call against Boeing citing that it was crossing its jurisdiction and should not dictate over the functioning of companies. However the ruling Democrats and many other union leaders severely criticized the bill saying that if it becomes a law, it would hamper the independence of federal agency and rather favor private companies like Boing.

They also pointed out that Boing is among major lobbying forces and political donors. This legislation would also bar the labor board from imposing its rules over any employer regarding job cuts, transfer of employees or operations under any circumstances.