Voyager, the deep space explorer spacecraft has reached at the edge of the solar system. According to NASA the Voyager 1 reached at a region in space where the intensity of charged particles from beyond our solar system has remarkably increased. Scientists says that these charged particles that Voyager 1 came across are from stars outside of our solar system that have exploded in the galaxy.
Voyager 1 and Voyage 2 are the most distant man-made object in space. These space crafts were launched into the deep space in 1997. 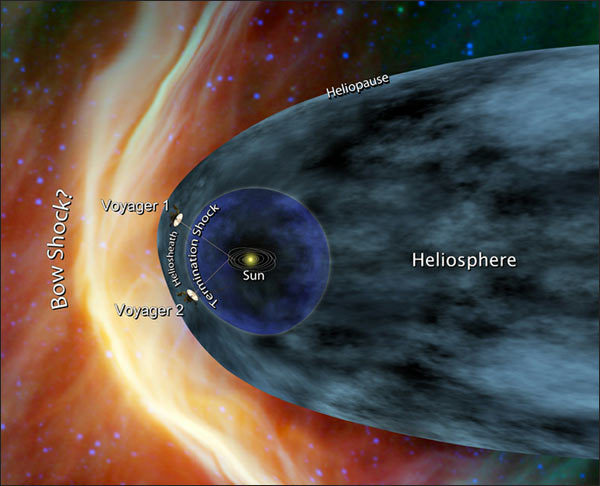 From January 2009 to January 2012, there had been a gradual increase of about 25 percent in the amount of galactic cosmic rays Voyager was encountering. When the Voyagers launched in 1977, the space age was all of 20 years old. Many of us on the team dreamed of reaching interstellar space, but we really had no way of knowing how long a journey it would be — or if these two vehicles that we invested so much time and energy in would operate long enough to reach it.
– Ed Stone, Voyager project scientist at the California Institute of Technology